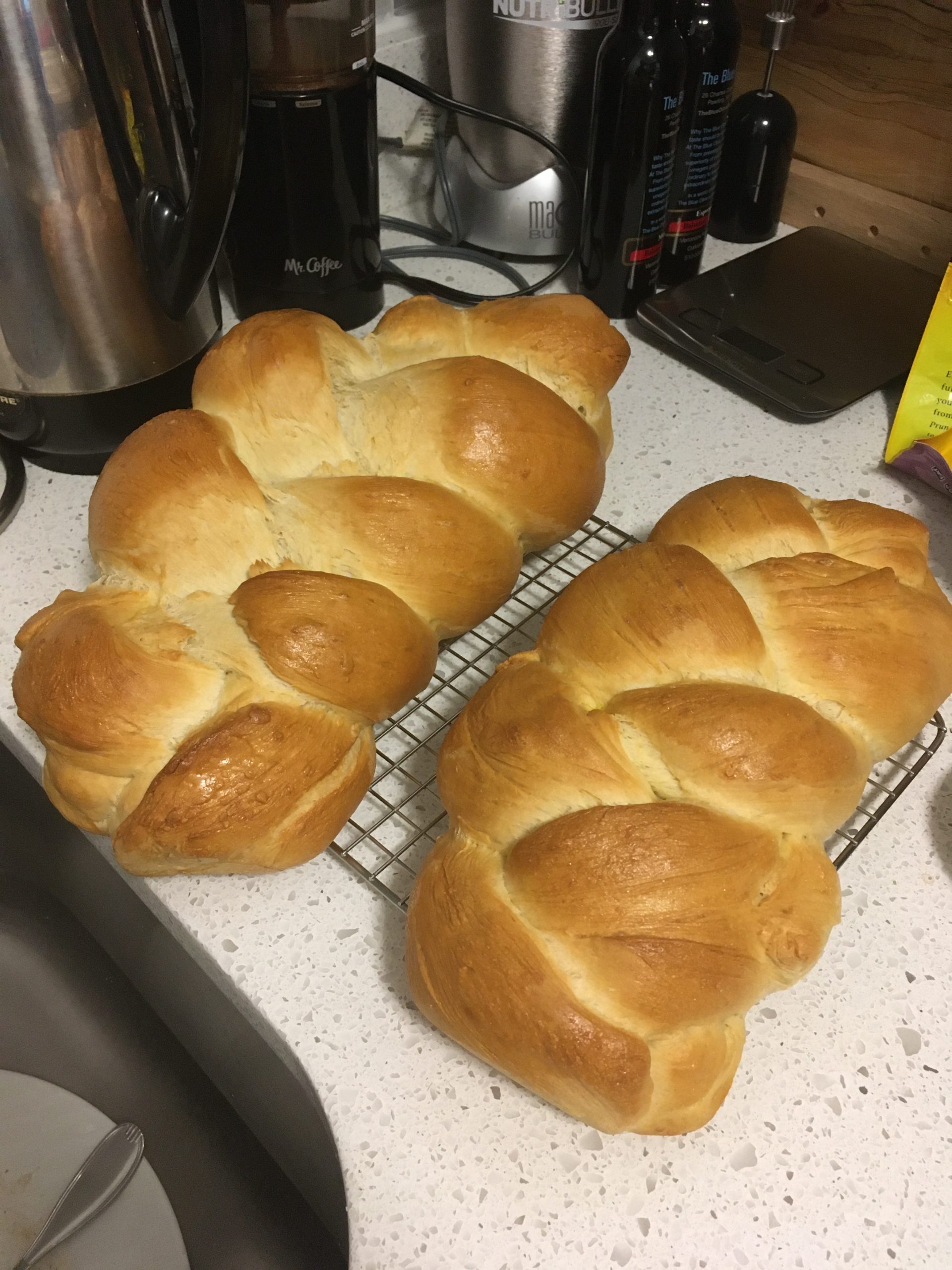 I always watched bakers with awe. I grew up watching my dad bake bread and thought it was the most incredible thing. Start with flour, yeast, water and a few other ingredients. Produce this big ball of dough. Put it into the oven and voilà—you have a loaf of bread. How cool is that?

I also found it very intimidating. There was so much to know. How does one manage the yeast? How long to knead the dough? When is the rise enough? When is it baked just right? What does hollow sound like anyway? It just felt like it was something I could never do.  It was something that other people did that I didn’t know how to do. Certainly, it was something I could not try—even though I had successfully baked other items that family and friends have enjoyed: cakes, cookies, brownies, cupcakes.

A pretty strong set of self-limiting beliefs was holding me back. Why could others do it, but not me? Why this self-doubt, particularly when I looked at my track record? This really bugged me for the longest time, especially when at the grocery buying another loaf of bread. It was another dig; another reminder of what I believed I was not able to do.

I recently had a client in the same boat. She was thinking of applying for a more senior position in her organization. The idea of leading others in a more strategic, global way really appealed to her. While supporting her in exploring the idea, she shared that she had a favorable endorsement from a key stakeholder, yet she still sounded really down. I asked her what was coming up for her. She talked about how she felt like she really wasn’t that great of a leader. Yeah sure, she just got some fairly encouraging feedback from two senior leaders and a peer about her leadership and performance. But what if her colleagues were just saying it to be nice? What if she really wasn’t good enough? That she didn’t belong? That she didn’t even deserve her position. Other people could advance to more senior roles.  But not her. What if she couldn’t “bake bread?”

By the end of our call, we had turned it around, with her feeling certain about her ability to go forward, the evidence of her current leadership competencies, and her confidence in her own unique style as a leader.

Does this sound familiar?

Where have you felt self-doubts? Has the imposter monster shown up and kept you firmly planted right in your current state?

Maybe it’s that promotion that you know you want and deserve, but yet doubt and fear is keeping you safe, but stagnant—and not quite satisfied.

Perhaps it’s the difficult conversation that you just don’t feel confident having. You know you have to (and want to) but are lacking the confidence to get it done.

Maybe it’s trying something new to help your team move forward but you’re not certain of your ability to pull it off.

Fast forward to how it will feel when you move past the self-doubt and do what it is you really want to do—and that you absolutely can do.

Do you see a clear picture of yourself confidently asking for the promotion; laying out your accomplishments and crafting the roadmap for how you will lead?

Can you visualize yourself confidently having that conversation you’ve put off for so long? How liberating does that feel?

Can you see yourself trying a new technique or new behavior with your team, and seeing your team flourish into a new pattern?

Feels pretty good, right? I can personally tell you it feels amazing—as I eventually baked a basic white loaf for the first time and it turned out spectacularly. I was so encouraged by the product of my efforts, I moved on to making Challah. I remember the feeling of confidence as I knew how to work and knead the dough. How I expertly put each piece into place—as if I had done it before. Maybe it was too much of The Great British Baking Show and figuring, well, if they can do it, why can’t I? (Although I kept hearing Paul Hollywood’s voice saying “it’s overproved” as only he can-but that’s another issue).

Perhaps it was rediscovering my dad’s old beloved bread books collecting dust in my apartment.

Maybe I was tired of letting my own self-doubt serve as an excuse and tired of the reminders staring me down in the bread aisle.

As my friend Jill recently said, “we don’t realize what great things are awaiting us when you take the right steps.”

Want more tips and tricks to get unstuck from self-doubt and move forward? Click here to download a free tool to help you.